Among all the flows that feed this world’s infrastructures, this radioactive convoy is a strategic issue for the commissioning of this new reactor and, more broadly, for the future of EDF nuclear energy, which is based on these new reactors.

All along the roads that the convoy of about thirty trucks could take, throughout France and its resistance zones, fires are being discovered, lookout are setting up ambushes, savages are camping or feasting, eyes are watching the highways in order to spot the middle-size white trucks with the nuclear pictogram and their flashing lights escorts.

The festivities began on the evening of Sunday, October 25, when Amish people gathered from Roman to Flamanville to oppose the radioactive outburst of the EPR and to oppose the departure and arrival of the nuclear trucks.

Will the road be full of pitfalls and obstacles when the convoy crosses France on Monday? The trucks will leave Roman in one or several convoys, that could spread over several weeks and take up to three different ways.

Will all the trucks leave on Monday, or will the departure be spread over several weeks? Will they take the southern, center or eastern route? Or the three of them? We shall keep watching!

If they take the southern route, the trucks will take the road of Montpellier, Narbonne, Toulouse, and then head north to Bordeaux, Nantes and Rennes.

The convoys won’t go through Paris, and will mainly use highways.

All three routes will take the N13 between Caen and Cherbourg.

It is a beautiful treasure hunt awaiting us, and it’s not the only one! Nuclear waste traffic is intensifying. In Bure, ANDRA carries on with the preliminary works for a radioactive waste burial facility. Infrastructures for trains and trucks promise the multiplication of nuclear convoys.

Another major energy convoy is the transport of the main part of the RTE mega generator in Saint Victor. This 75-meter long convoy will not go unnoticed.

And outside of France, the Germans are preparing to receive six CASTOR wagons, filled with nuclear waste from England. 6,000 policemen and gendarmes will escort the convoy to prevent mobilization.

These strategic convoys are nerve centers for the promoters of nuclear power. 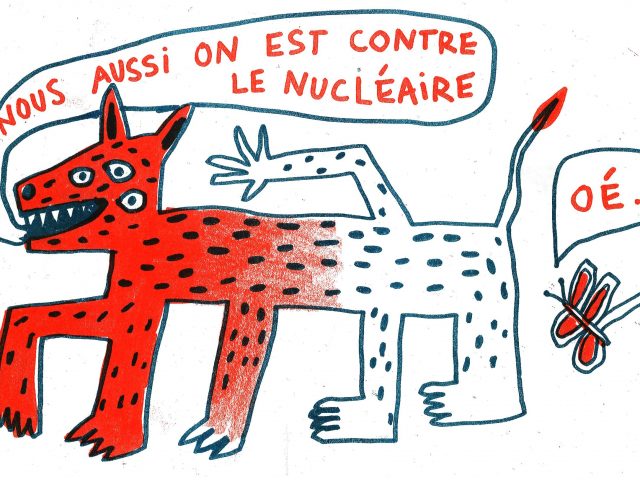 RIEZ* – Plenty of posters against nuclear... 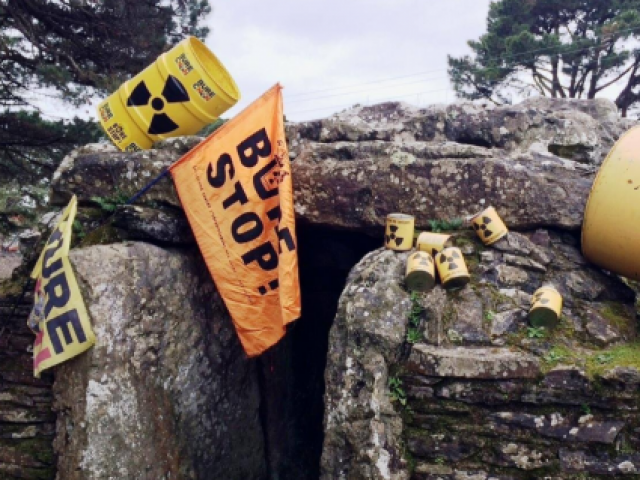