Nuclear waste: an « explosive » note highlights the flaws of the Cigéo project. 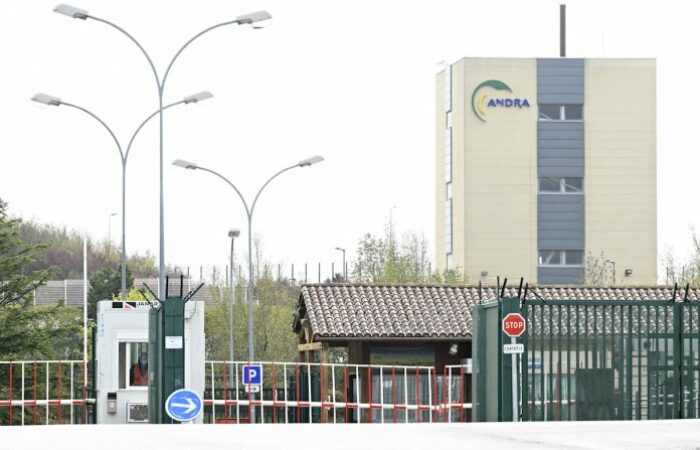 On Wednesday, January 13, the Environmental Authority delivered a very critical opinion on the Cigéo nuclear waste burial project in the Meuse. Numerous aspects— up to the choice of storage — are questioned here.

Insufficient consideration of environmental issues; short-term vision of territorial development; no mention of risk control and cases of accident… In a notice adopted on January 13 and described as « explosive » by Cigéo’s opponents, the Environmental Authority severely criticized the project to bury radioactive waste in Bure (Meuse).

More precisely, this notice concerns the public declaration of interests (DUP), filed by the National Agency for the Management of Radioactive Waste (Andra) last August and essential for the project’s authorization. The recognition of public interest regarding the project would allow Andra to purchase the land necessary for Cigéo’s implantation, should the amicable negotiations fail.

Type of storage, type of rock, reversibility … the fundamentals of the project are questioned

In this 56-page report, the very foundations of the Cigéo project are challenged. For example, the depth storage : « The method of storage selected is based on the use of mining techniques. The file stresses that it is considered internationally to be mature and that it is already practiced in Germany for the most hazardous industrial waste. However, the difficulties encountered in rock salt storage, from Stocamine in Alsace, whose cells close up on the packages, and from Asse in Germany, strongly question this assertion, particularly regarding the effective possibility of recovering parcels all the more so when they are damaged. » reads the report. As a reminder, in Stocamine (Haut-Rhin), 44,000 tons of highly toxic industrial waste are blocked in galleries 500 meters undergrounds following an accidental fire in the facility in September 2003.

The Environmental Authority (AE) is also discussing the choice of clay as the most suitable rock type for storage. «The file indicates that preliminary studies took place since 1987 at four sites of different geological nature :granite, shale, salt and clay », she reminds us. But finally, only one laboratory was established on the territory : the one in Bure. «AE considers that the stakes involved are so high that several sites should have been the subject of experiments in order to have a range of information on health and environmental risks to support the decision. », regrets the independent entity.

The promise of storage reversibility is also doubted. «IRSN [Institute for Radiation Protection and Nuclear Safety] points that «the possibility of removing damaged packages with defined measures since the design stage has not been studied».In fact, the file does not include any element that demonstrates that. » deplores AE, demanding « full-scale tests (…) before putting the storage into operation ». 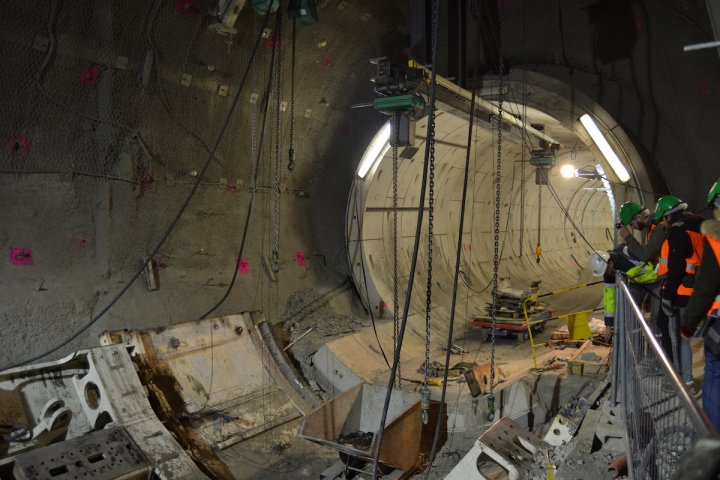 The gaps in the description of the Cigéo project are revealed in this report.For example, the list and characteristics of the waste that could be buried there. « The uncertainty about the nature and volume of waste, depending on whether the reference inventory or the reserve inventory is used, raises questions about the scope of the project which, at this stage, does not cover all of the waste that could be stored on the site. », reports the Environmental Authority, which asks Andra to work on « plausible and contrasting scenarios of waste deposit definition ».

Consequences on fauna, flora and waters neglected by Andra

In a more expected way, the members of the independent entity are concerned about the environmental consequences of this project. « Lejuc wood, where the well area will be located, is integrated into the Znieff. “Pit Forest Lemaire in Mandres-en-Barrois”, the file [of Andra’s declaration of public interest] minimizes its importance because “it is the richness of the available observations, drawn from the inventories carried out by Andra, that justifies the classification rather than the exceptional presence of species on the site”. The file concludes that the project “is overwhelmingly planned for places where biodiversity is common and where natural areas have no ecological functionality”. EA does not agree with this interpretation; the choice to locate the well zone in the forest, and moreover in a Znieff, results from a concern to avoid agricultural land and cannot be justified by the biodiversity of the areas concerned. », reads the report.

Lejuc wood, which had been occupied by Cigeo’s opponents between 2016 and 2018, is thus presented as a high-stake ecological corridor, frequented by mammals as diverse as the black-footed ferret, the wild cat and the red deer, and sheltering habitats of community interest such as the Mélique beech forest and the Sub-Atlantic oaktree-hornbeam forest. More generally, the Environmental Authority recalls that the Cigéo project is part of a territory that includes sixty vulnerable natural areas and that the power line associated with the project takes place in the internationally important wetland of the Champagne ponds, which hosts 200,000 birds of fifty different species in winter. 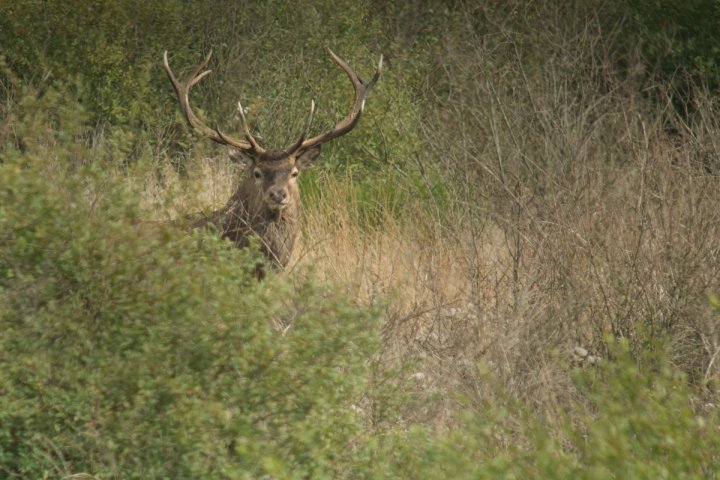 Lejuc wood is an ecological corridor with high stakes, frequented, for example by the red deer.

Another concern is the consequences of the project on groundwater and local drinking water catchments. Just below the Cigeo storage facility, « the Oxfordian limestones are the source of a common groundwater table of high apparent permeability (…). This groundwater table is a major stake, directly in contact with the Callovo-Oxfordian argillite layer [where the radioactive packages must be buried]. BRGM classifies it as a resource to be protected as a « last resort », strategic for the supply of drinking water. Its importance is minimized by the record, which indicates a very low flow velocity, of one meter per century. EA questions this very low flow velocity, even though this groundwater table is being exploited, which necessarily generates non-negligible flows, » the report states.

The blind spot of Andra’s report: the consequences for the population, especially in case of an accident

Beyond the project itself and its environmental consequences, it is the entire territorial development strategy that the Environmental Authority is questioning. For the past twenty years or so, thirty million euros a year have been allocated to the departments of Meuse and Haute-Marne via twopublic interest groups (GIP) financed by nuclear waste producers. The stated objective is to promote the economic development of these scarcely populated and impoverished areas. « However, given the nature of the project and the uncertainties regarding long-term risks, it would be rational, in application of the precautionary principle, to seek to durably limit the population exposed to the hazard, even if it is very small, the independent entity objected. An alternative could be, for example, not to demographically develop the territory potentially exposed to health risks, which are admittedly very limited in the short term, but increasingly uncertain over time. » She therefore strongly suggests transforming Cigeo area into a «preserved natural space».

Because incident and accident are possibilities that Andra does not take into account, regrets the Environmental Authority. « No worst-case scenario operating mode, of incident or accident (filter failure on smokestacks, long water treatments power outage for example) is presented that would lead to point releases in the environment with short and long-term consequences. Nor are the long-term consequences for the soil of a possible operating or construction accident exposed. No assessment of health risks in accidental situations is proposed, neither during the operational phase nor during the long period of radioactivity decay. », it blames.

It also points out other flaws concerning the safety of the facility project: there is not much in Andra’s file on bitumen packages, which account for almost one in five packages in the inventory base and could be a source of accident due to their high temperature; and not much on « restoring storage functions after an accident» : « the possibility of intervention and, if necessary, rehabilitation of the installation is however a priority; in particular, a collapse scenario must be analyzed by integrating the analysis of the experience feedback », reads the notice.

The list is long of the remarks made by the Environmental Authority to Andra. Cigeo’s opponents have read them all carefully and do not hide their satisfaction. « The Environmental Authority has done a real thorough job and is highlighting elements that we have been trying to get across for a long time, enthusiastically declare Régine Millarakis of Lorraine Nature Environment. She also specifies that there are points on which she cannot give her opinion because the file is very incomplete. For the associations, it is crystal clear: Andra is absolutely not ready to launch this project and probably never will be. »

Contacted by Reporterre, Andra indicates that this notice « requires time for study and analysis from [its] departments before being able to answer questions about the recommendations made. After analyzing this notice recommendations and in accordance with the provisions of the Environmental Code, [it] will produce a relative response that will be attached to the public investigation file. ».

After collecting various opinions, the public interest declaration file will be subjected to a public investigation which could take place as of the second quarter of 2021. 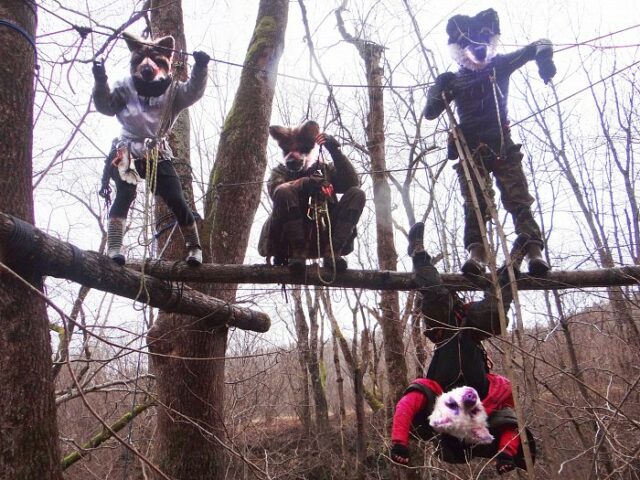 In the first days of January, a large-scale campaign was started by activists calling themselves the Wolfens Collective. The group declares that they will remain in the forest as long as it is nece...   Lire la suite 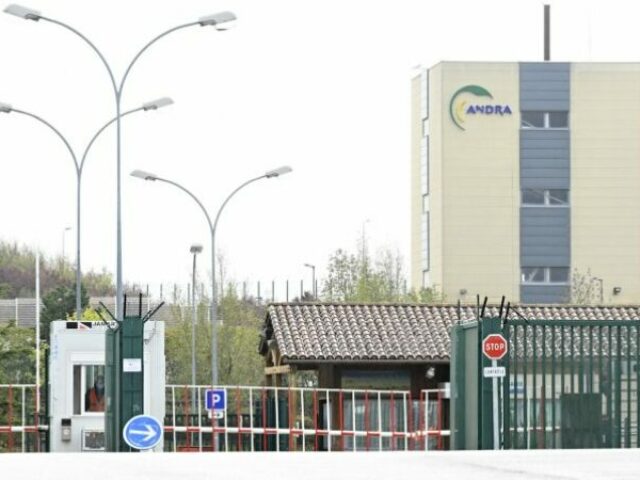