Nuclear waste: Macron did not make any concessions with Bure 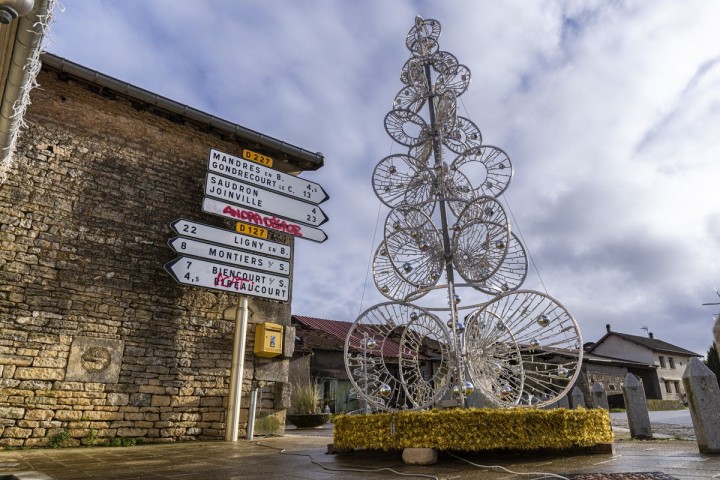 In more than thirty years, the struggle against the project of a nuclear waste burial center in the south of the Meuse has never been so complicated. Macron and his government have used police, judicial and military means against this opposition without hesitation.

Our “tour of resistances” – Under Emmanuel Macron’s presidency, many resistances have emerged against anti-environmental measures and projects. At the end of his mandate, where are these emblematic fights against concreting, nuclear power, consumerism or inequalities? What is the assessment of the five-year term of office of the activists? What do they expect from the upcoming elections? With the presidential election approaching, Reporterre went to meet those who are resisting.

Garlands, Christmas trees, and illuminations in every corner: no doubt, Christmas has passed in the south of Meuse. Well, maybe not the one everyone was expecting. In Bure, a small village on the border between Meuse and Haute-Marne, and the nerve center of the opposition to the Cigéo nuclear waste burial center, there were more glorious Christmas celebrations. Gathered in the Maison de la résistance (BZL) in a small committee, the opponents take stock of the year: a highly publicized trial, a feminist and anti-nuclear summer camp, and a public inquiry under heavy police surveillance, the result of which was announced a few days earlier. “This is probably Macron’s last little gift before the presidential race,” says Aurélien [1], an activist who has been there for nearly four years. Because, since Emmanuel Macron came to power, the lines have moved a lot in the territory. “Before, no politician had dared to make a real decision on the Cigéo project, doubt was allowed, and the fight was still possible,” testifies Jean-Pierre Simon, a farmer from Haute-Marne, who has been committed against the project for nearly thirty years. 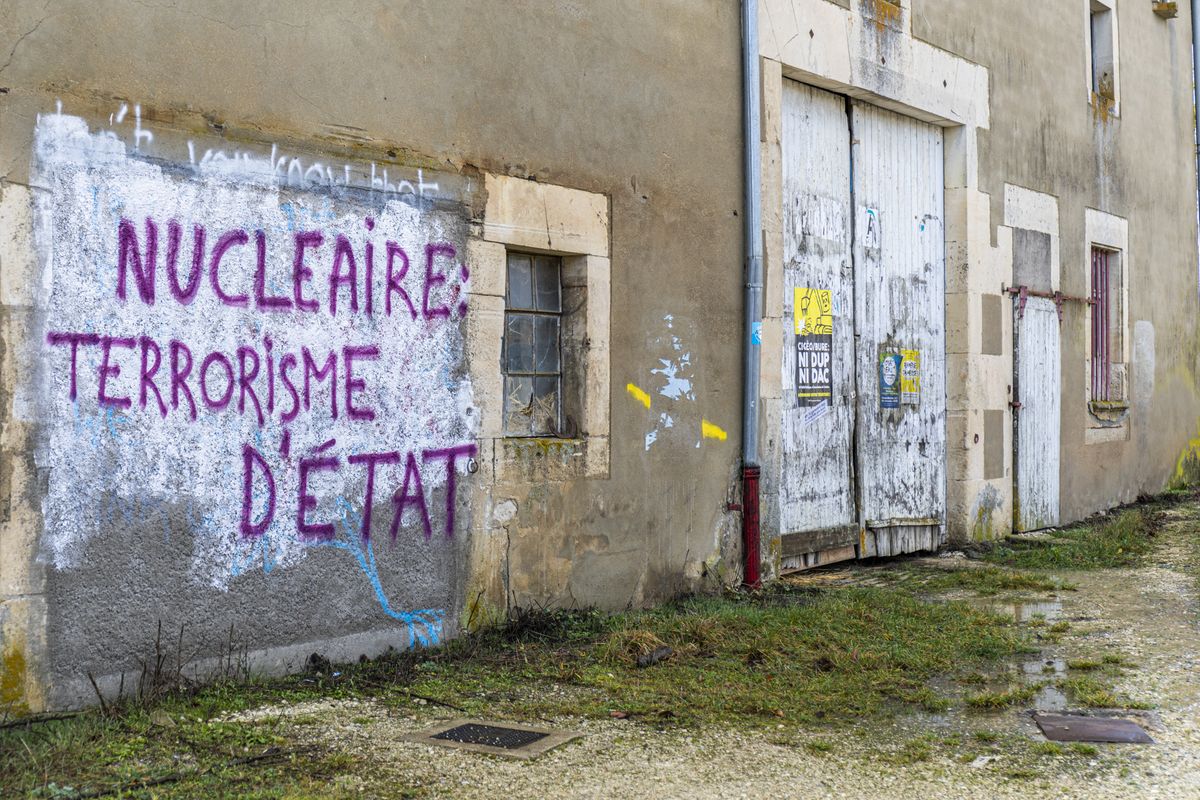 For if one quinquennium has well marked this emblematic struggle against nuclear power, it is indeed that of Emmanuel Macron. “Before the recapture of Lejuc Wood, in 2018, resumes the farmer, there was not so much violence, political pressure and police repression.” A violence wanted, according to him, by the government under the impetus of Edouard Philippe: “Macron and his government have learned the lesson of Notre-Dame-Des-Landes. They understood that letting a Zad settle is to take the risk of losing the project.” So, in parallel with the abandonment of the Notre-Dame-des-Landes airport, the government has put considerable means to contain the other major project of the moment, in Bure.

“He wanted at all costs to avoid a movement of zadists from NDDL to Bure, and the creation of a strong and popular Zad at Lejuc Wood” says Dominique Laurent, an elected official from Haute-Marnais and member of Eodra, an association of elected officials opposed to the Cigéo project. “And his strategy has paid off” acknowledges Audrey, who has been occupying BZL for nearly six years. The violence, the fear of conflict and legal reprisals, got the better of some of the opponents. As for those who remained, “they were treated like war criminals“.

“At the slightest deviation, they will be there to catch us”.

Although, since these events, the struggle has calmed down, the police pressure has never gone down. And with the “trial of the 1,2,3” at the beginning of June, then the public inquiry between September and October, the forces of order had the opportunity to prove it: at each event, several hundreds of gendarmes were mobilized, exceeding even in number that of the militants. “The first day of the public inquiry, we were about twenty opponents, for about fifty gendarmes”, testifies Baptiste, another resident of BZL. “I was fined for transporting opponents in my cattle truck” said Jean-Pierre Simon, who participated in the mobilizations. A ticket that he quickly paid, even if he considers it grotesque. “In the countryside, this kind of reason is absurd. But around Bure, it has become commonplace. It’s a way of keeping the pressure on the inhabitants and opponents,” he says, “a way of reminding us that at the slightest deviation, they will be there to catch us”. 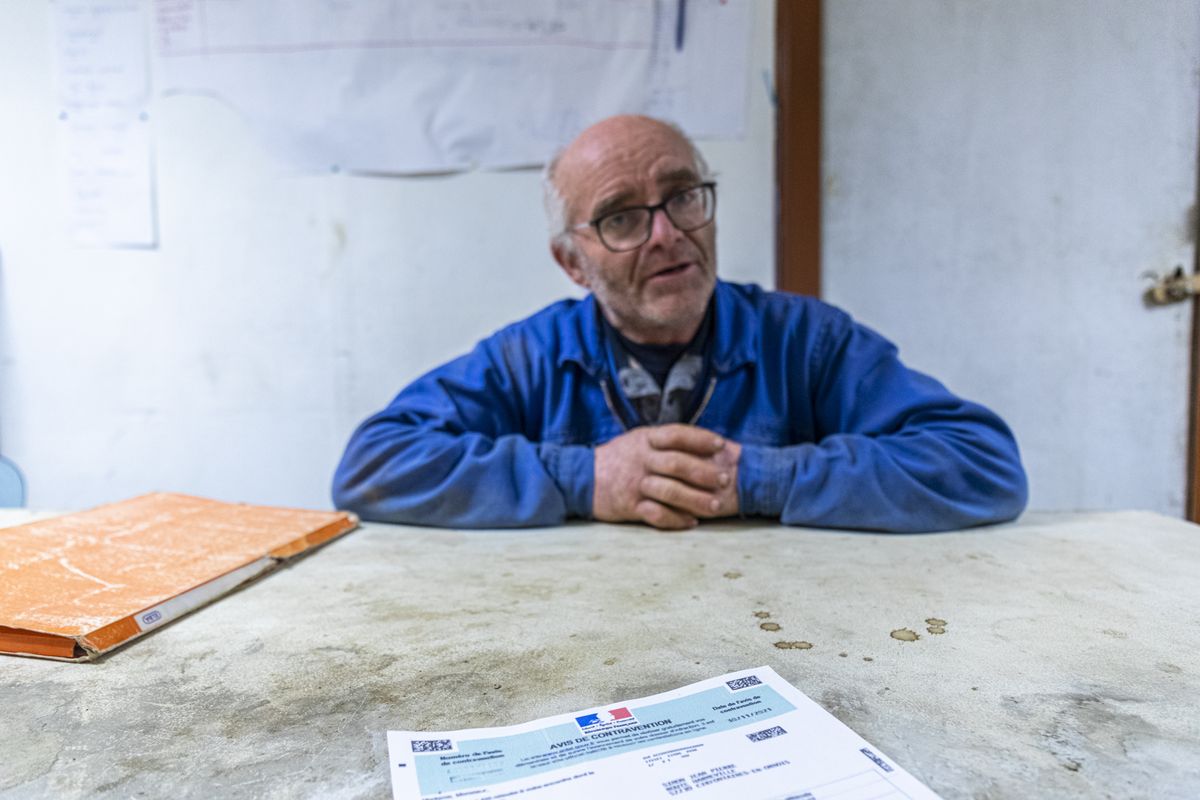 Jean-Pierre Simon is still amused by his ticket, received a few days earlier, for participating in a mobilization during the public inquiry. Quentin Zinzius / Reporterre

And the balance of power is not about to change. A new intervention brigade should be set up near Saint-Dizier in 2022, 40 km from Bure, as well as a video surveillance system “composed of about fifty cameras, covering all comings and goings on the territory of the Haute-Marne,” says Dominique Laurent. “Officially, these devices should be used primarily to fight crime in the department” says Laurent. But delinquency is low on the territory, and “the monitoring of opponents to Cigéo” is clearly mentioned as a more or less secondary reason.” One more step in the militarization and control of the area, while the first works, including the installation of a transformer and the rehabilitation of a railroad for the transport of waste, have not even begun, and raises the concern of opponents. “We don’t know much about Andra’s timetable,” says Audrey, “we don’t know when and where the work will start. But when it starts, there will certainly be mobilizations.”

“No one expects a life-saving event during this campaign”

So, as the presidential elections approach, all eyes are desperately on the candidates of EELV and France Insoumise. “Apart from Yannick Jadot and Jean-Luc Mélenchon, which serious candidates are openly anti-nuclear?” asks Audrey. An opinion shared by Jean-Pierre Simon: “The only way to clearly know the positions of the candidates, especially on the left, is to bring nuclear power into the debate.” For Aurélien, the question is much more complicated: “It is not only an anti-nuclear candidate that we need, it is a profound change in the system, in society. As long as our country is ruled by lobbies, including the nuclear industry, we will have no chance,” he says. But all agree on one point: “Nobody expects a saving event during this campaign. In the end, our best chance is Andra,” says Aurélien ironically. It is bound to make a mistake. It is the biggest industrial project ever envisaged, with absolutely monstrous technical, environmental and social constraints. Such a project cannot succeed. Opponents’ vows are made. 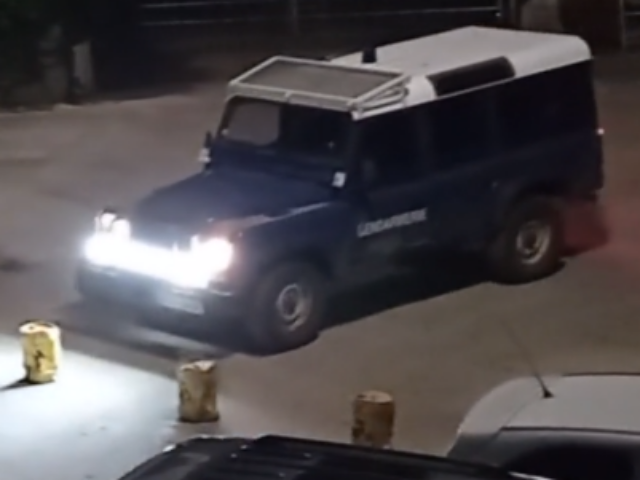 Short film about an astonishing passage of the police in front of the house of resistance, on the 7th of June 2021…     Lire la suite