January 2017 : Testimony of an assault at Bure

4 years ago, in January 2017, the zine For once I said no was published on infokiosques.net.

« This zine is about rape. Not rape in a dark alley, late at night, by a violent and unbalanced stranger. No, it is about a rape committed by a « comrade » in a place of struggle. »

This place, one quickly understands, is Bure.

Following its publishing, several people printed and distributed this text at the House of Resistance in Bure, while proposing to meet, once everyone had read it, to discuss it collectively.

During this discussion, the political choice was made to kick out the aggressor from the collective spaces of Bure, in order to allow the assaulted person to continue to be active there without having to endure their presence [1].

The goal was also to state clearly and politically that sexual aggression has no place, neither in struggles nor elsewhere.

Because he was a very active person in the struggle, a spokesperson for the movement at times and present in many commissions and meetings, all his mandates were withdrawn and he was forbidden to speak in the name of the movement or to represent it in any way.

Thereafter, the zine will remain distributed in paper version in the collective spaces and it will also be published on the movement’s website, vmc.camp.

EXCERPT FROM THE ZINE FOR ONCE I SAID NO

Reading the fanzine of the anti-nuclear week of October 2020 [2], one cannot help but think that despite #metoo, despite the feminist collages and despite the abundant feminist literature that has been available for years in militant spaces, some people still have not understood such simple and essential notions as consent [3]. Probably the same people who still consider feminism as a secondary struggle…

It’s always about you. It still concerns us. 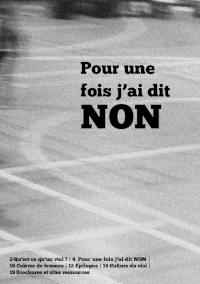 « Initially, I mainly wanted to write a testimony, because reading other texts is part of what helped me move forward. Reading that I was not alone in having not only lived it but above all felt it, reading the words of others so that I could find my own.

To also bear witness to a situation that is unfortunately not unique. Because too many stories are similar to mine, but they often end up fading away in the memories and remain only « individual » stories. So it was important for me to say it, in the hope that this might help other people to not feel alone, to find the strength to react (in the broadest sense, it already starts with not wallowing in guilt and trying to talk about it). I also thought it was important to add some theoretical references to help with understanding certain mechanisms and perhaps to give survivors a way forward, and give their loved ones a way to support them.

And then, as I described my relationship with this man who raped me, as I thought and talked about it, many links were made with my education, the society in which I grew up, the integration of certain norms, in short with what is called « rape culture ». These are not « just » individual situations, they are part of a sexist social context that I wanted to redefine.

In any case, I hope that through this testimony and these reflections I have succeeded in transmitting a little of this strength, this conviction that we have not yet lost, we are many, we cannot be silenced, we are not the culprits and we all deserve to be respected and considered. »

[1] In these cases, there is almost always exclusion, the question being who is excluded. The assaulted person will generally desert the places in which they might come across the assailant; not excluding the assailant from these spaces (at certain times, all the time…) or not taking into account the management of these spaces is, indirectly, choosing to exclude the assaulted person. 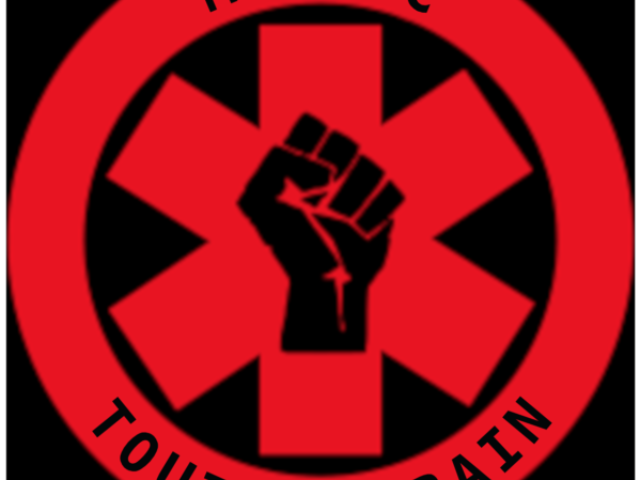 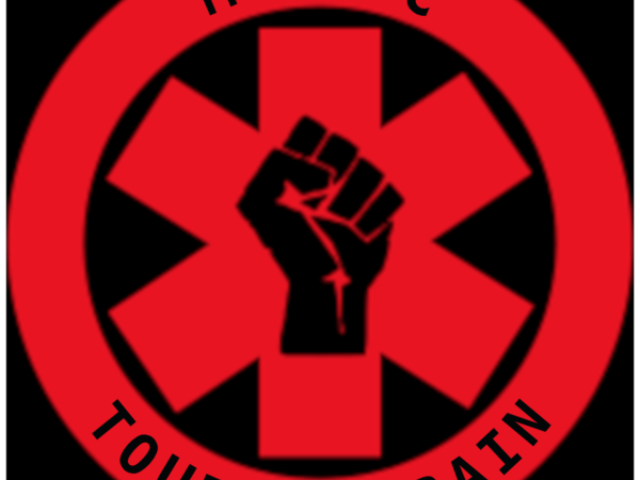 On 26/04 – 02/05 2021 we inviting everyone who would like to gain knowlage about medic practice during demonstrations in urban and rural enviroments. This week gonna be on the old « gare » of lumev...   Lire la suite