CIGEO : Andra must revise its copy following an explosive notice from the Environmental Authority

Safety, choosing Bure for its clay properties, seismicity, impacts on water, transport plans, feedback on accidents in the lab, risks for the local population and the environment, economic development of the territory and even geothermal energy, everything goes wrong and it’s not good at all for Andra.
Environmental Authority (EA) has just issued an explosive notice. EA openly criticizes the public utility application (DUP) filed last August by Andra.

The signatory associations of this press release note the extent of this report, which deals exhaustively and without taboos with many issues that have been raised for years by the opposition to the project of geological storage of nuclear waste. And tit all leaves an ever so worrying impression : Andra’s file submitted in the context of the DUP is particularly incomplete, shortened and too light*.

Andra must revise its copy

Poor consideration of environmental stakes, serious shortfalls in the impact study, minimization of Cigeo’s sanitary impacts, lack of analysis of accidental risks linked to the project, absence of reversibility demonstration of the installation in case of incident, challenging the choice of Bure as the only geological site, insufficient territorial economic vision, … it’s impossible to list everything.

AE questions the assurance which has been communicating with Andra for too many years about the praised « maturity » of the Cigéo project.
It raises subjects that have been omitted : what about the analysis of the deadly accident that occurred in the laboratory in 2016, during the excavation of a gallery ? How does ANDRA anticipate the risk of a major nuclear accident ?

What about local seismicity, Cigéo being 2 km from the Gondrecourt trench, a geological fault? It reminds us with recent evidence in support* that a so-called « extinguished » fault can always awaken. It even brings out the geothermal file, the natural resource located under Bure having been scandalously concealed by Andra, and recommends new independent studies.

An unachievable schedule given the unusual nature of this project

The agency has recently been communicating in L’Est Républicain (01/09/2021) about « a transitional year » for Cigéo, with a phase of public investigations mid-2021 as part of the DUP and a request for the creation of Cigéo at the end of next summer. This is a clear indication of Andra’s over-optimism, which would make one smile if the stakes around this burial site were not so phenomenal. It is hard to see how this schedule could hold unless there is inexcusable political complacency. The Andra case is absolutely not fit to go to public investigation !

The associations Burestop 55, Cedra 52, Cacendr, Eodra, Bure Zone Libre, Habitants viligants de Gondrecourt will carefully study all of this notice, which only confirms the many concerns that have been expressed for years.

They intend to call their local elected officials and the Ministry of the Environment to account in the near future as to the follow-up to such a revision. The immature file produced by Andra can serve neither as a basis nor as a pass to public investigations – the word «public» takes on its full meaning – which would then be falsified, therefore incredibly anti-democratic.

*Let us recall the inconsistency of the contracting authority file (Andra) presented during the public debate of 2005, already strongly denounced by the opponents of the Cigéo project. AE notes here a serious lack of statistical data and deferral to ongoing studies. The design of the storage to respond to the safety issues raised by IRSN and ASN, as well as the methodology for analyzing the impacts on neighboring populations and the environment are still to be provided or completed. 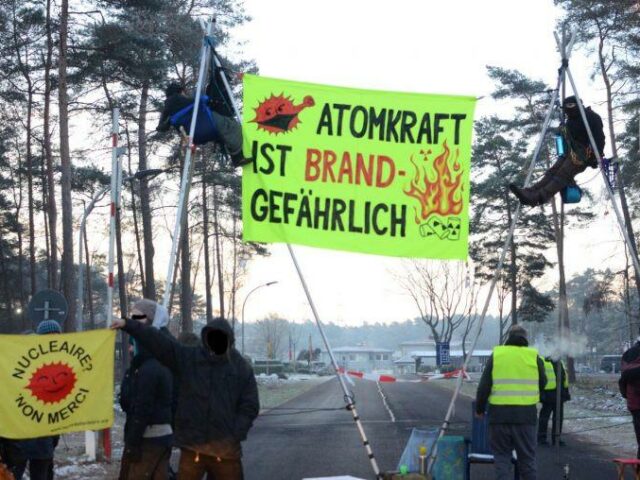 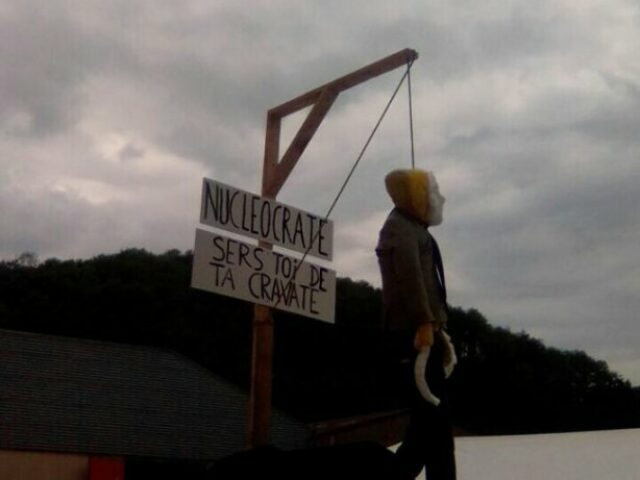