March 4 : Mobilization for the appeal of the « ANDRA fence trial »

Call to support Loïc, judged on appeal for the collective attack on Andra’s fence in February 2017 during a massive demonstration.

Four years ago, almost to the day, on February 18, 2017, a crowd of four to five hundred people chaotically rushed Andra’s « laboratory » in Bure. The joyful and hectic demonstration started from the Lejuc woods. We had come – sometimes from afar – to defend the forest occupation in the middle of winter, to oppose once again the foolish and dangerous whim of burying the worst nuclear waste here. Those who were there still retain the moving memory of it and in their ears remain the songs supporting the saboteurs, the laughing voice in the megaphone, the sound of pebbles beaten in rhythm against the guardrails. We were on the road, beneath the roundabout, we were in the field in front of the « ecotheque », we were facing the armored cops, facing the fences, we were all together and then, the fences fell, one after the other, punctured, cut, thrown to the ground, rendered useless and flat, suddenly almost beautiful. We knew that this carnival would not be to everyone’s taste and it was Loïc, arrested after the sabotage, a bolt cutter in hand, who had to pay the price. Charged with masked participation in a gathering, damage or destruction of the fences and rebellion, he was tried in the court of Bar-le-Duc on June 6, 2017. He was the only person arrested and was charged with the totality of the damage and Andra requested the sum of 45,000 euros. In court, our friend chose to take responsibility for his actions, to claim them and to explain at length, not without humour, their eminently legitimate nature (read the full text of the trial (in french) here):

« THE JUDGE – Do you recognize that you tried to escape?
L. – What would you have done in my place?
THE JUDGE – It is to you that I ask the question.
L. – It was simply to avoid being arrested, as anyone would, after cutting a fence. If I could enjoy the same impunity as those who destroy a forest, I think I would have let myself be caught. »

While the public prosecutor – not without bitterness – demanded ten months’ imprisonment, five of which without parole, the judge – moved? touched? suddenly struck with lucidity as to the ignominy of his function? – pronounced a discharge for the acts of rebellion, a suspended sentence of 4 months in prison and 500 euros in damages. Too little for the nuclear state, which wanted to clean up its affront better than that and immediately appealed against this decision. For a long time, the case seemed lost in judicial meanderings, forgotten in the midst of other cases against Cigeo’s opponents, dozens of trials, thousands of pages, territorial exclusions and other criminal associations.

Yet here it is again: Loïc will be re-judged before the Nancy Court of Appeals on Thursday, March 4 at 1:30 pm. 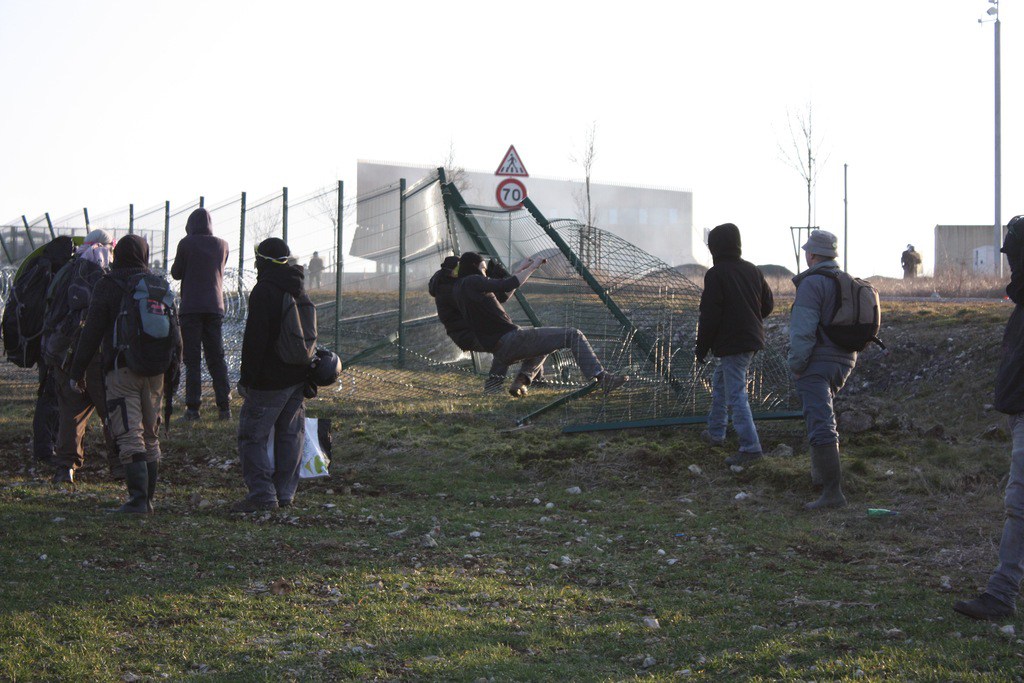 If it has long been delayed by the opposition, the occupation on the ground, the legal processes – and Andra’s own incompetence – the burial project is now at a pivotal stage in its realization (the DUP, Demande d’utilité publique (Request of public utility) ). However, the years have only confirmed our fears: burying is not only an aberration, it is a headlong rush forward, and no one, neither at Andra, nor in governments, nor in « nuclear safety » institutions has the slightest serious idea of how things will turn out. It is urgent to oppose Cigeo. It is more legitimate than ever to attack the infrastructures that are working towards its realization and to support those who are doing so. If justice chooses today to remind us of the collective sabotage of February 18, 2017, it would be in good taste to show that we have not forgotten it. And worse, that it continues to inspire us.

This is why we call upon all of us to gather, as many of us as possible, in front of the Court of Appeal of Nancy (place de la Carrière), Thursday, March 4, starting at noon. This moment of solidarity is important for us to come together and collectively assume the actions that were taken four years ago and now weigh on a single defendant – who, given the judicial relentlessness against him for several years, is at great risk.

There will be food, drink, reading, discussion and singing. Don’t hesitate to come with your own ideas, your desire to mobilize.

Here’s to the collapse  of many other fences and « labs »!
contact : soutienloic@riseup.net 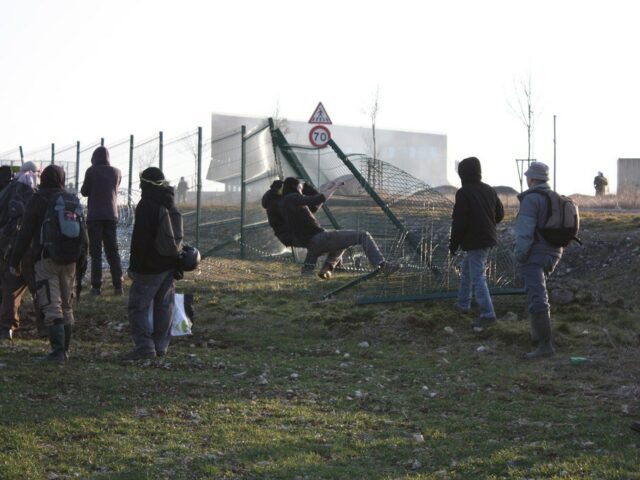 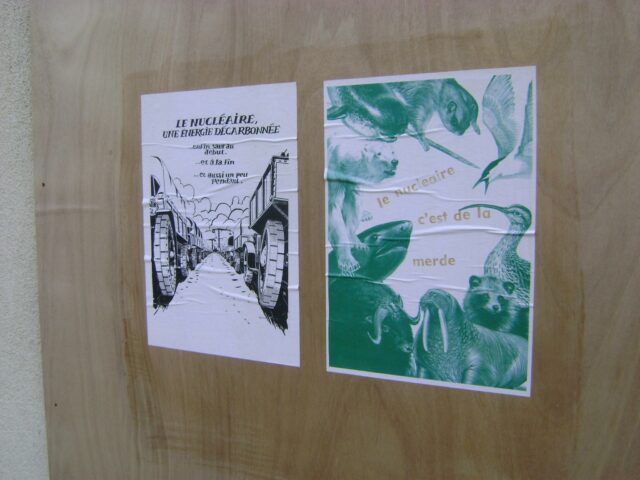